JUST SCROLL DOWN THE PAGE TO VIEW DAVID'S COLLECTION

"Battle Trophy"
Edition of 25
Clays size 15 inches long, by 20 inches tall, by 10 inches deep
Precast Price $8,800
Release Price $9,800
A Northern Cheyenne Warrior by the name of, Yellow Nose, was said to have captured one of the 12 Battle Guidons during the battle of the Greasy Grass, as it was called by the Lakota. Also known as the Battle of the Little Bighorn, with General George Armstrong Custer.
This is my interpretation of that event. 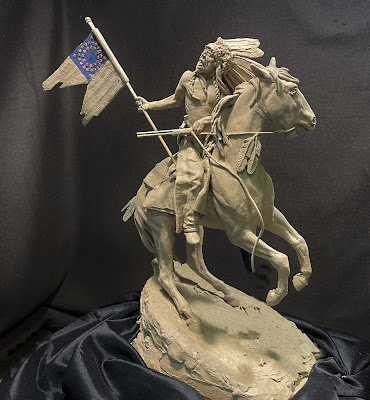 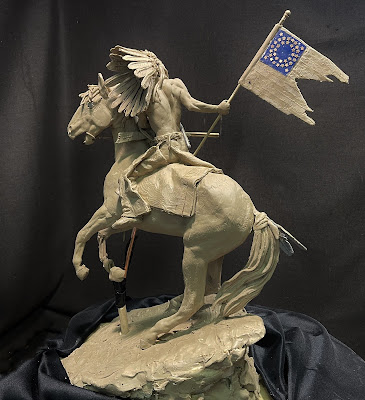 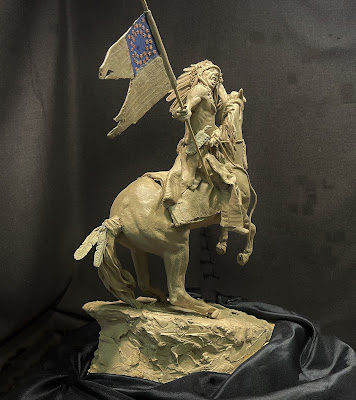 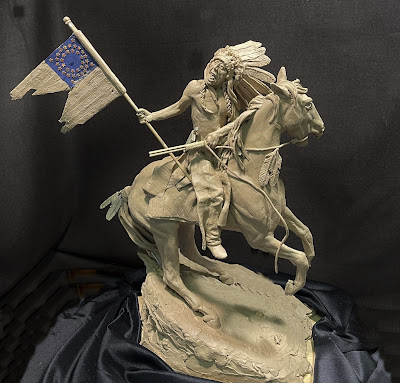 PEACE TALKER
edition of 40
14 inches tall
Current Price of this Bronze $5,550
This represents a Sioux Warrior, wrapped in a Buffalo Robe,
and holding a pipe of peace along with it's bag.
Photographs of the finished bronze 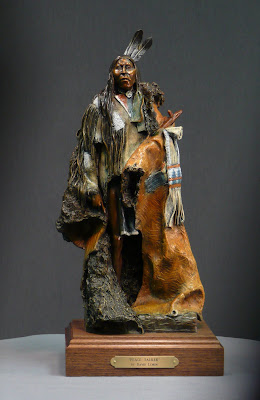 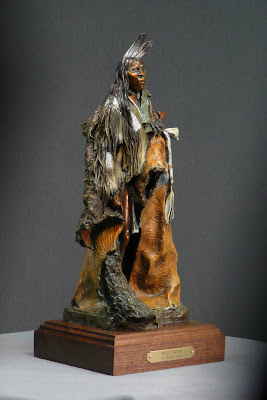 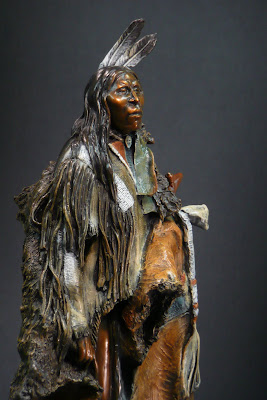 
Crazy Horse was a Lakota war leader of the Oglala band in the 19th century. He took up arms against the United States federal government to fight against encroachment by white American settlers on Native American territory and to preserve the traditional way of life of the Lakota people. 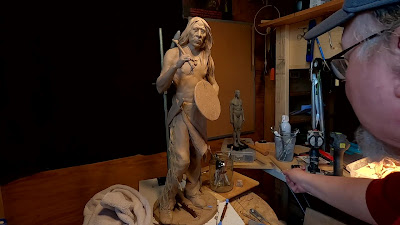 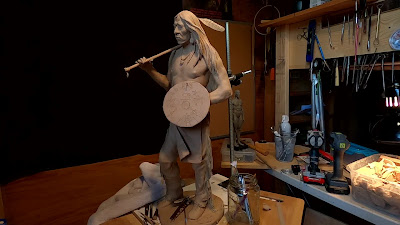 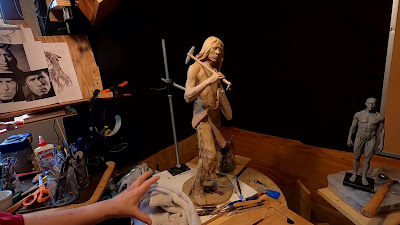 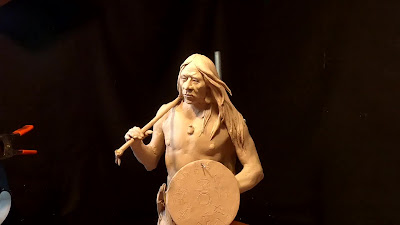 Sitting Bull was a Hunkpapa Lakota leader who led his people during years of resistance against United States government policies. He was killed by Indian agency police on the Standing Rock Indian Reservation during an attempt to arrest him, at a time when authorities feared that he would join the Ghost Dance movement. 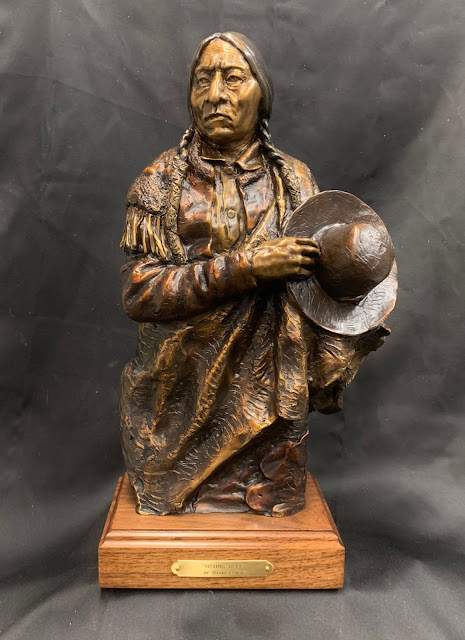 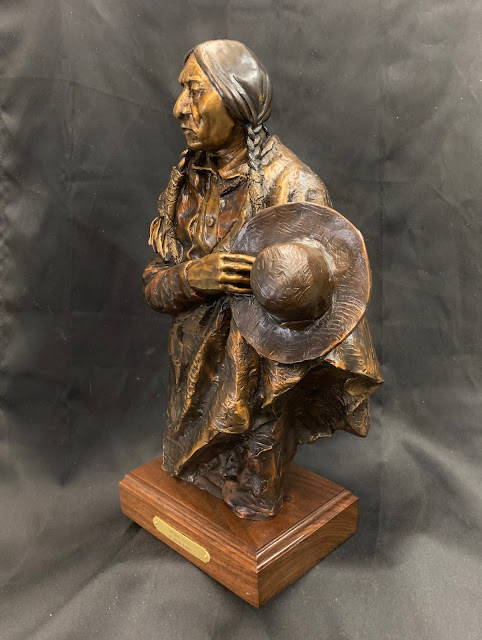 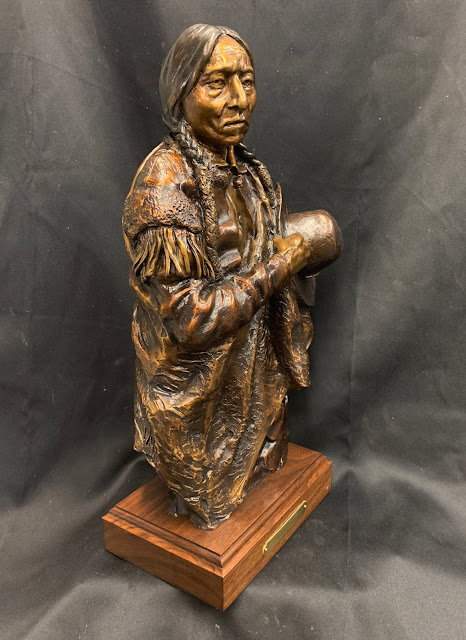 Posted by Artist - David Lemon at 4:42 PM No comments:

Email ThisBlogThis!Share to TwitterShare to FacebookShare to Pinterest
"I AM THE WAY"

Bronze Shown
Edition of 40
26 inches Tall With Base

A bronze of our Savior. Standing with a Shepard's Staff, across his shoulders. 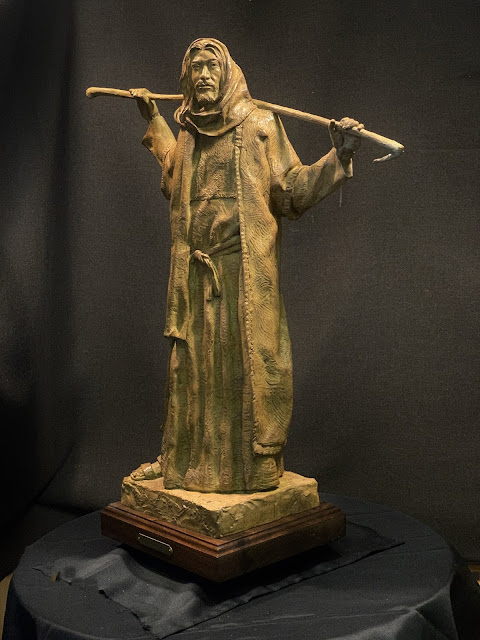 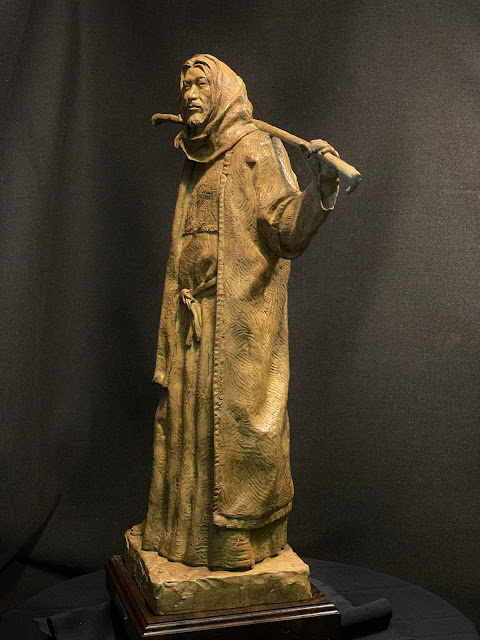 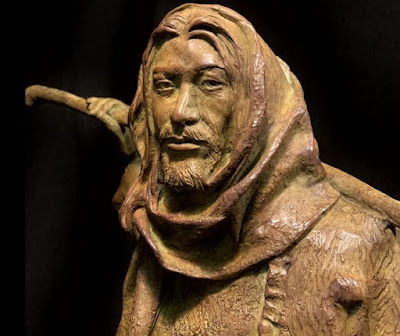 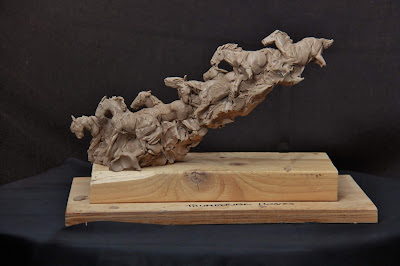 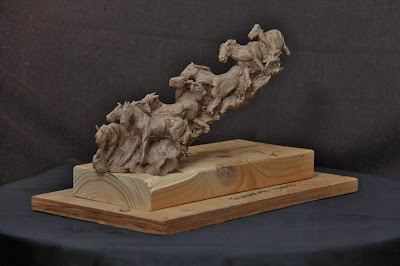 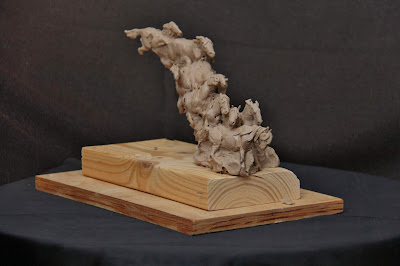 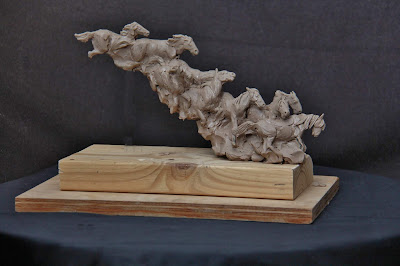 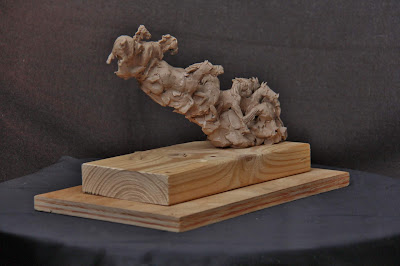 A departure from my Western Themes. I created this piece as an Instructional DVD, that you can purchase from the list on the top of the right column.
Viking or also known as Norsemen, are the group of people who spoke what is now called the Old Norse language between the 8th and 11th centuries. The language belongs to the North Germanic branch of the Indo-European languages, and is the earlier form of modern Scandinavian languages. Norseman means "man from the North" and applied primarily to Old Norse-speaking tribes living in southern and central Scandinavia. In history, "Norse" or "Norseman" could be any person from Scandinavia, even though Norway, Denmark and Sweden were different sets of people by the Middle Ages. The Norse Scandinavians established states and settlements in England, Scotland, Iceland, Wales, the Faroe Islands, Finland, Ireland, Russia, Greenland, France, Belgium, Ukraine, Estonia, Latvia, Lithuania, Germany, Poland, and Canada[1][2] as well as southern Italy. 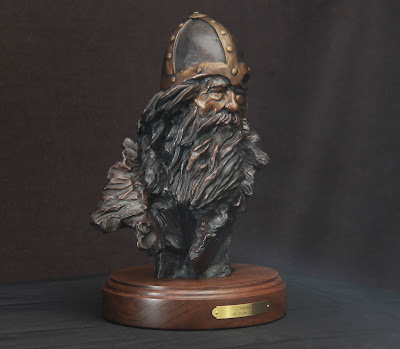 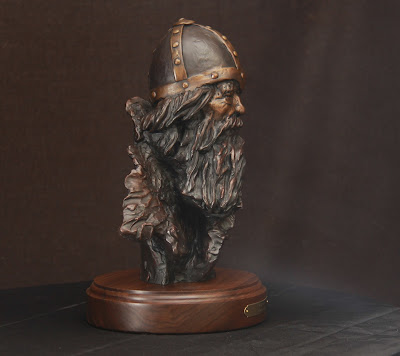 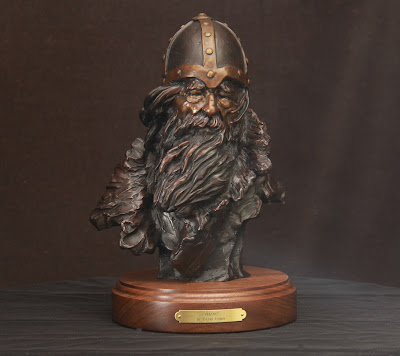 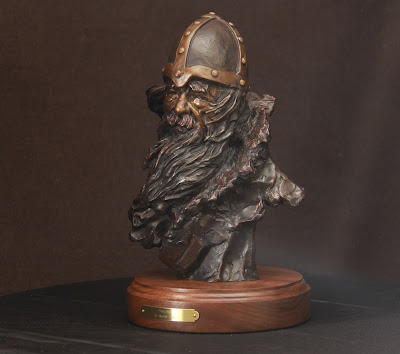 David publishes a daily video diary. In these videos David shows the creation from beginning to end, each of his bronzes and clays. Just click on this paragraph to be taken there.

Artist - David Lemon
I've shown my work world wide over the years. Had a one man show in Jakarta Indonesia in the early 90s. Have won man awards for my work. Featured in Southwest Art Magazine, the book "Contemporary Western Artists", and have been advertised in several national magazines.